Find this article at:
go.ncsu.edu/readext?683420
— Written By Joanna Radford and last updated by Nicole Vernon

Spring is here. Take a look around. The environment is waking up from a long winter’s nap. The world is beginning to have color and movement. Leaves and flowers are adding a splash of color and insects are emerging and moving around to find food, water, and mates. The newness of this time of year could also bring alarm if you are caught off guard. Spring and early summer is the perfect time of year to see honeybees flying around in a large mass, a massive “blob”, or a swarm (correct terminology). 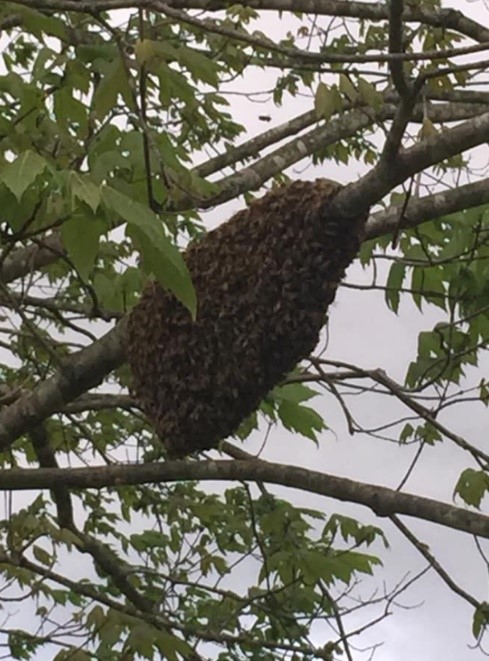 Honeybee swarms are a natural process of a honeybee’s life. There is no need to be frightened when you see one. The honeybees have their mind on something other than stinging you. Besides having their mind on a mission, did you know honeybees prefer not to sting? They do not want to sting you for several reasons:

Their stinger is barbed shaped. As it sticks into skin, every attempt to free itself results in its detachment from the honeybee. Thus, the honeybee dies. Even though chances are slim of stings from swarming honeybees, caution should be used around them. Now, let’s get back to their mission for swarming. 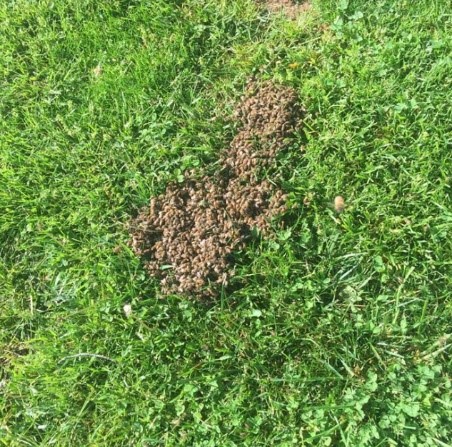 Swarming happens when several hundred to several thousand of honeybees leave an established colony and flies off to establish a new colony. What began as one colony has now become two separate colonies. We see this more commonly in warm days during late spring and early summer. The swarm includes worker bees (all females!), a few drones (males), and one queen. The honeybees will follow the queen anywhere she goes. They usually fly around for a short time and then cluster onto a tree limb or other object. The cluster may remain stationary for a few hours to a few days depending on the weather and the time needed to find a new home (nest). The cluster sends out scout bees to find a suitable location for the new colony. A suitable location may be a hollow tree, wall on a house, or even a vacant beehive.

When you find a honeybee swarm on a tree, house, or ground, you do not need to do anything. The swarms will move on if you ignore them. Before they depart, watch them. They are mesmerizing creatures. Definitely ones that can be admired. If you are worried about the swarm, you can call a beekeeper to come get the bees and relocate them for you. Your local Extension Center usually keeps a list of beekeepers who are willing to help with swarms. 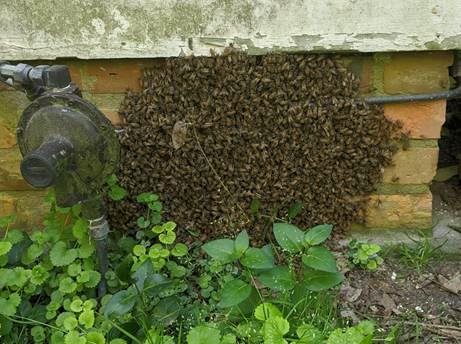