Find this article at:
go.ncsu.edu/readext?683048
— Written By Bryan Cave and last updated by Nicole Vernon

Profitability for the cow-calf producer starts with high pregnancy rates and a high percentage of the calves being conceived early in the breeding season. In simpler terms, if you don’t get a calf then you don’t sell anything, so no other management considerations matter.

A critical component of reproductive success is having sound, highly fertile bulls. This requires bull(s) that can detect cows in estrus, successfully mount and deliver viable, normal sperm into the reproductive tract of the cow. A proven method to determine the breeding potential of bulls is the Breeding Soundness Evaluation (BSE).

The Breeding Soundness Evaluation (BSE) is a relatively quick and economical procedure that can be preformed by your veterinarian. It is recommended that all bulls be checked annually, within 60 days of the start of the breeding season. The BSE system is a screening procedure that places bulls into categories of satisfactory, unsatisfactory, or deferred. 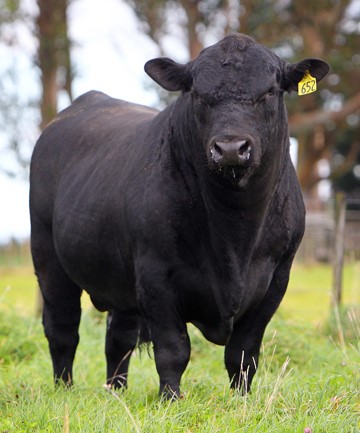 The BSE system is most effective in identifying bulls at the lower end of the fertility spectrum. Eliminating bulls from the breeding herd that the BSE system has determined to be less fertile (classified as unsatisfactory potential breeders) and replacing them with bulls that are classified as satisfactory potential breeders increases the likelihood of high pregnancy rates and high percentage of calves being conceived early in the breeding season.

The BSE procedure includes the following:

On a herd basis, it is generally found that more than 75% of the bulls tested meet the requirements to be classified as satisfactory.

The objective of the BSE is to identify those bulls that fail to meet the minimum standards. Having bulls that are unsatisfactory potential breeders in the breeding herd places the herd at risk for lower and/or delayed pregnancies. Remember that the higher percentage of calves that are conceived early in the breeding season means more profit. In multi-sire breeding pastures, generally one or two bulls will be dominate and breed more cows compared to bulls that are subordinate. If by chance the dominate bull(s) are unsatisfactory, then reproductive success is placed at risk.

A BSE does not routinely assess the sexual behavioral traits, such as libido, mating ability, and social adaptability of bulls within the mating environment. Therefore, it is important to observe the breeding behavior of the bulls during the breeding season to ensure that the bull(s) are detecting and servicing the cows which are in estrus.

Testing for infectious diseases, such as trichomoniasis, is not routinely included in the BSE. Visit with your veterinarian to determine if testing for trichomoniasis or other diseases is recommended.